the U.S. Supreme Court ruled that naturally occurring DNA is a product of nature and, as such, is not patentable. Association for Molecular Pathology v. Myriad Genetics, Inc., No. 12-398 (U.S. June 13, 2013). However, according to the Court, complementary DNA (cDNA)—which is a synthetic gene construct that contains the same protein-coding nucleic acid base pairs found in naturally occurring DNA but omits the non-coding regions of a gene—is patent eligible because it is not naturally occurring. The Court delivered its ruling in the context of a challenge to patents that Myriad Genetics obtained after discovering the precise location and sequence of the BRCA1 and BRCA2 genes, mutations of which can dramatically increase the risk of breast and ovarian cancer in humans. 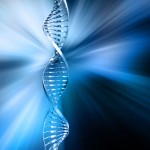 The Supreme Court has previously held that “anything under the sun made by man” can be patented if it meets the Patent Act’s criteria of novelty, usefulness, and non-obviousness. However, the Court has long recognized that a product of nature–in simplified terms, a naturally existing composition of elements and materials–is not patentable. Determining whether a claimed invention is really a product of nature has often proved difficult for lawyers, patent examiners, and judges.

In the present case, Justice Clarence Thomas, who wrote the Court’s majority opinion, held that merely isolating the specific BRCA1 and BRCA2 genes did not constitute a patentable invention: “Myriad found the location of the BRCA1 and BRCA2 genes, but that discovery, by itself, does not render the BRCA genes . . . patent eligible.” According to the Court, “Myriad did not create anything. To be sure, it found an important and useful gene, but separating that gene from its surrounding genetic material is not an act of invention.”

The Court determined that cDNA is not inherently unpatentable because it is not a product of nature:

cDNA does not present the same obstacles to patentability as naturally occurring, isolated DNA segments…. [C]reation of a cDNA sequence from mRNA results in an exons-only molecule that is not naturally occurring…. [T]he technician unquestionably creates something new when cDNA is made. cDNA retains the naturally occurring exons of DNA, but it is distinct from the DNA from which it was derived. As a result, cDNA is not a “product of nature” and is patent eligible under §101 [of the Patent Act], except insofar as very short series of DNA may have no intervening introns to remove when creating cDNA. In that situation, a short strand of cDNA may be indistinguishable from natural DNA.

Justice Thomas’s opinion notes three important limitations on the Court’s holding. First, there were “no method claims before this Court.” Thus, if Myriad had “created an innovative method of manipulating genes while searching for the BRCA1 and BRCA2 genes, it could possibly have sought a method patent. Second, the Court observed that the case did “not involve patents on new applications of knowledge about the BRCA1 and BRCA2 genes.” Third, the Court did not consider “the patentability of DNA in which the order of the naturally occurring nucleotides has been altered.” Instead, the Court’s primary holding was limited to the proposition “that genes and the information they encode are not patent eligible under §101 [of the Patent Act] simply because they have been isolated from the surrounding genetic material.”