In a non-precedential opinion, the U.S. Court of Appeals for the Second Circuit ruled that a design for a prom dress was not protected by U.S. copyright law. Jovani Fashion Ltd. v. Fiesta Fashions, No. 12-598-cv (2d Cir. Oct. 15, 2012). The court based its decision on the long-established principle that  mechanical or utilitarian aspects of pictorial, graphic, and sculptural works are not protectable by copyright, and the general rule that articles of clothing are considered to be “useful articles,” outside the scope of copyright. 17 USC § 101 does allow copyright protection “to the extent that, [the] design incorporates pictorial, graphic, or sculptural features that can be identified separately from, and are capable of existing independently of, the utilitarian aspects of the article.” 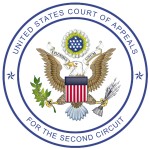 The dress designer, Jovani Fashion, argued that elements of its dress design– specifically, “the arrangement of decorative sequins and crystals on the dress bodice; horizontal satin ruching at the dress waist; and layers of tulle on the skirt” — were nonfunctional elements that, separately from the dress, merited copyright. The Second Circuit rejected this argument.

The court explained that it has interpreted Section 101 of the Copyright Act “to afford protection to design elements of clothing only when those elements, individually or together, are separable ‘physically or conceptually’ — from the garment itself.” According to the court, physical separability can be shown where one or more decorative elements “can actually be removed from the original item and separately sold, without adversely impacting the article’s functionality.” The court determined that the dress designer could not establish “physical separability” because none of the allegedly protectable could be removed from the dress and separately sold.

“Conceptual separability” exists when a designer exercises artistic judgment “independently of functional influences,” rather than as “a merger of aesthetic and functional considerations.” The Second Circuit has previously held that an element of clothing design is conceptually separate if it evokes in the viewer “a concept separate from that of the costume’s ‘clothing’ function,” and if its addition to the clothing article “was not motivated by a desire to enhance the costume’s functionality qua clothing.” See Chosun International, Inc. v. Chrisha Creations, Ltd., 413 F.3d 32 (2d Cir. 2005). Determining that Jovani Fashions’s design did not meet this test, the court wrote:

Here, the artistic judgment exercised in applying sequins and crystals to the dress’s bodice and in using ruched satin at the waist and layers of tulle in the skirt does not invoke in the viewer a concept other than that of clothing…. Rather, these design elements are used precisely to enhance the functionality of the dress as clothing for a special occasion. In short, here the aesthetic merged with the functional to cover the body in a particularly attractive way for that special occasion.

This entry was posted in Intellectual Property Law and tagged Clothing Design, copyright. Bookmark the permalink.
free facebook like button