A state appellate court in California affirmed an award of more than US$200,000 against an investment group that acquired the assets of All American Semiconductor, Inc. (AASI) in bankruptcy and then sued a competitor, claiming that it had misappropriated AASI’s trade secrets regarding the design of computer memory modules. All American Semiconductor, LLC v. APX Technology Corp., No. G046605 (Cal. App. Aug. 14, 2013). In its unpublished opinion, the Court of Appeal for the Fourth District based its ruling primarily on the fact that the plaintiff never identified any specific trade secrets that it claimed were unlawfully taken by the defendant, APX Technology Corporation.

APX asked the court for a summary ruling on the trade secret claim, contending that APX only manufactured modules of its own design. The plaintiff did not provide any evidence of specific memory module designs purportedly misappropriated by APX. The Superior Court of Orange County granted APX’s motion, finding no evidence that APX misappropriated any specific design. Ruling on a post-trial motion, the trial court also ordered the plaintiff to pay US$202,291.50 in attorneys’ fees incurred by APX in its defense of the trade secret claims.

On appeal, the appellate court affirmed. The court observed that,

It is the plaintiff’s burden to prove the existence of the claimed trade secret … and to prove his status as an owner of the trade secret… Put another way, the plaintiff may not leave mysterious exactly what pieces of information are the trade secrets and must do more than just identify a kind of technology and then invite the court to hund through the details in search of items meeting the statutory description. 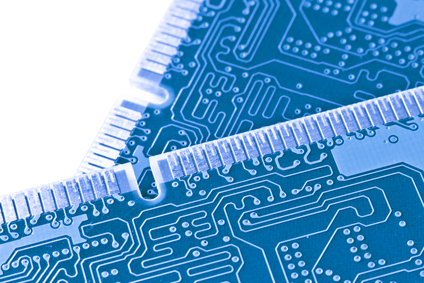 The court noted that, in attempting to meet this burden, the plaintiff cited 135 products manufactured by the defendants which purportedly were “identical” to memory modules formerly sold by AASI. According to the plaintiffs, this alleged similarity was evidence of copying and misappropriation. The court disagreed, reasoning that,

[T]his “evidence” of product line similarity does not state a trade secret claim. As discussed, plaintiff never identified the nature of any trade secret used to create any particular memory module, including how the secret manner of creating the product is unique in the industry and adds value because it is unknown by others. The fact two companies have similar or identical iterations of a product undercuts the notion a trade secret is necessary to create them…. Additionally, products cannot themselves be trade secrets if they reveal their constituent parts to those in the trade or public who handle or disassemble them because reverse engineering is not a trade secret violation.

The appellate court held that the trial court properly awarded attorney’s fees to the defendant, because the California Uniform Trade Secrets Act permits such awards where “a claim of [trade secret] misappropriation is made in bad faith.” “The trial court,” it concluded, “reasonably could infer subjective bad faith from plaintiff’s persistence in its claims without evidence….”

This entry was posted in Intellectual Property Law and tagged Trade Secrets. Bookmark the permalink.
free facebook like button