A federal judge in Philadelphia, Pennsylvania declined to dismiss antitrust claims filed against a standards setting organization (SSO) and its participants. TruePosition, Inc. v. LM Ericsson Telephone Co., No. 11-4574 E.D. Pa. Oct. 4, 2012). The plaintiff, a technology developer, claimed that its competitors used the SSO to exclude the plaintiff’s mobile telephone technology from an important standard. Based upon Supreme Court precedent, the court held that an SSO can be held liable for the wrongful actions of persons who act on behalf of the SSO, even when those persons are representatives of the SSO’s members.

THE STANDARD SETTING ORGANIZATION. The defendant, Third Generation Partnership Project, known as 3GPP, is a not-for-profit collaboration among telecommunications associations to create international mobile phone system specifications. Among other things, 3GPP brings together providers of mobile phone network equipment and associated technologies, who work together in committees to agree upon standards that establish a level playing field for manufacturers. The standards also are intended to enable interoperability–allowing different products manufactured by different companies to work together.

PLAINTIFF’S TECHNOLOGY. The plaintiff, TruePosition, Inc., develops and sells “high accuracy location products that operate over cellular telecommunications networks” and enable users of mobile phones to be located by emergency service providers in accordance with the “Wireless 911″ service requirements with the Federal Communications Commission (FCC). According to TruePosition, the ability of its technology to interoperate with radio access equipment manufactured by other companies was essential to TruePosition’s competitiveness in the location products market. 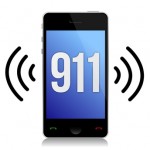 ALLEGED ANTITRUST CONSPIRACY. When 3GPP considered establishing part of the standard relating to location technology, representatives of TruePosition’s competitors–including LM Ericsson Telephone Company, Qualcomm, Inc., and Alcatel-Lucent USA, Inc.–played key roles on the relevant 3GPP technical committees. According to TruePosition, the Ericsson, Qualcomm, and Alcatel representatives “openly and repeatedly manipulated their position[s] as chairmen of multiple 3GPP committees.” Those representatives allegedly invoked the standard setting authority of 3GPP to exclude [TruePosition’s technology] from two releases of the 3GPP standards,” while ensuring that their own companies’ technologies were included in the new standard. As  a result, TruePosition’s technology allegedly was foreclosed from competition for 4G (Fourth Generation) positioning products, and was injured in its ability to develop and market 2G (Second Generation) and 3G (Third Generation) products that can be upgraded for 4G networks.

PLAINTIFF’S ANTITRUST CLAIMS. TruePosition sued Ericsson, Qualcomm, Alcatel-Lucent, and 3GPP for antitrust violations. TruePosition alleged that the concerted actions of the defendants violated Section 1 of the Sherman Act‘s prohibition on contracts, combinations, and conspiracies “in restraint of trade.” TruePosition also claimed that Ericsson and Alcatel were liable under Sherman Act Section 2 for unlawful monopolization. All of the defendants moved to dismiss the complaint, arguing that its allegations did not state valid antitrust claims. In an August 21, 2012 opinion, the court denied the joint motion of Ericsson, Qualcomm, and Alcatel. TruePosition, Inc. v. L.M. Ericcson Telephone Co., No. 11-4574 (E.D. Pa. Aug. 21, 2012). The court wrote that, “[w]hen viewing the Amended Complaint in its entirety, the allegations give rise to more than speculation… when read together they do raise a reasonable expectation that discovery will reveal evidence of an illegal agreement.”

THE SSO DEFENDANT’S MOTION. 3GPP’s motion took the position that TruePosition’s claims against it were based upon mere “acquiescence” by the SSO in the actions of the corporate defendants. However, in its October 4, 2012 ruling denying 3GPP’s motion, the court observed that TruePosition alleged more than simple acquiescence by 3GPP. The court characterized  the complaint as asserting “that 3GPP is liable … for concerted anticompetitive acts that the corporate defendants allegedly committed while acting as 3GPP’s agents within the scope of the apparent authority given by 3GPP.” The court concluded that this allegation was a sufficient basis to deny 3GPP’s motion.

AGENCY LIABILITY OF STANDARD SETTING ORGANIZATIONS. The court observed that in American Society of Mechanical Engineers, Inc. v. Hydrolevel Corp., 465 U.S. 556 (1982), the U.S. Supreme Court held that a professional society engaged in standard setting could be held liable under antitrust law for the acts of its agents performed with apparent authority. In Hydrolevel, the plaintiff manufactured boiler pressure devices. It alleged that a representative of its competitor caused a subcommittee of the American Society of Mechanical Engineers (ASME) to  issue a letter falsely condemning the plaintiff’s products as unsafe and noncompliant with ASME’s standards. A jury held ASME liable to the plaintiff for antitrust violations.

On a writ of certiorari, the Supreme Court held that ASME could be liable for the acts of its committee members because they had the power to restrain competition due to the enormous influence ASME’s model code had with state legislatures and federal regulatory authorities. The Court pointed out that members of an SSO’s committees may be tempted to use their positions within the SSO “to harm their employers’ competitors through manipulation of” the SSO’s actions. The Court determined that an SSO “is best situated to prevent antitrust violations through the abuse of its reputation.” Therefore, the SSO may be held liable under antitrust law for the actions of their “agents”–those acting on behalf of the SSO’s committees–within the scope of their apparent authority. The Court emphasized that an SSO may incur such liability, “whether [the agents] act in part to benefit [the SSO] or solely to benefit themselves or their employers.”

DENIAL OF THE SSO’s MOTION. The court in the instant case held that 3GPP could be held liable under the agency principle cited in Hydrolevel if TruePosition could prove the facts alleged in its complaint. Therefore, the court denied 3GPP’s motion to dismiss the complaint.

COMMENTARY.  The TruePosition decision is not a ruling on the merits of the claims against 3GPP, but merely a preliminary determination that the complaint met the minimum requirements necessary to proceed with litigation. Nevertheless, the decision is instructive on several points. Perhaps the most obvious of these is that SSOs must actively police the actions of their committees to prevent legitimate, pro-competitive standard setting from being subverted to private agendas of their participants. SSOs should adopt antitrust and intellectual property policies to be signed by authorized signatories of all participants. In most cases, it is appropriate to include those policies in the meeting materials for each of the SSO’s committee meetings.

More broadly, the agency principles invoked by the court in TruePosition could be applied to assert liability against nonprofit associations when members act in the name of the association, even if the organization is not involved in standard setting. Nonprofit organizations often place volunteers–frequently representatives of member companies–in key leadership positions. To minimize the risk of incurring liability as a result of a volunteer leader’s actions, nonprofit organizations must establish clear terms of reference for all leadership positions. Those terms of reference should make it clear where the leader’s authority begins and ends. In addition, for many nonprofits, it is essential to formulate–and to train leaders regarding–policies governing conflicts of interest, ethics, gratuities, anti-corruption principles, and related matters.

FOR MORE INFORMATION REGARDING ANTITRUST AND SSOs. The following resources from the U.S. Department of Justice and the U.S. Federal Trade Commission provide further information about antitrust issues in standard setting organizations.