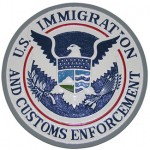 Under the auspices of the National Intellectual Property Rights Coordination Center, a U.S. government center overseen by ICE, federal agents opened an investigation following receipt of  a tip by a source in Seoul, South Korea. Kim purportedly told undercover Homeland Security Investigations agents posing as potential buyers for the website that movie companies frequently contacted him to demand that he remove their materials from his site. He said that he would remove the movie then repost it a few weeks later. During the course of the investigation, agents seized computer servers and two domain names: 82movie.com and 007disk.com.

In imposing the sentence, U.S. District Judge Richard A. Jones described Kim as a “one man wrecking ball” against the industries whose copyrighted works he pirated. The judge also ordered that $409,776 seized during the investigation of Kim’s criminal activities be forfeited to the government.