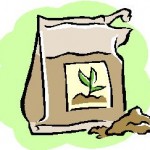 A Wisconsin federal court held that a grass seed company called Encap, LLC stated a valid claim for trade secrets misappropriation against a competitor that allegedly obtained a confidential Encap memorandum describing its strategic business plan and anticipated new seed technologies.  Encap, LLC v. The Scotts Company, LLC, No. 11-C-685 (E.D. Wis. Sept. 17, 2012). According to Encap, in June 2002, one of Encap’s agents sent a copy of the memorandum to The Scotts Company, LLC–the maker of Miracle-Gro, EZ Seed, and Turf Builder Grass Seed products. The memorandum purportedly contained “a clear warning that it was not to be reproduced, copied, used, or transmitted” without Encap’s permission.

Encap sued Scotts for theft of trade secrets and alleged that–

Scotts moved to dismiss the complaint, arguing that Encap’s purportedly confidential information did not contain actual trade secrets. Scotts relied primarily on an earlier decision by the court to deny Encap’s motion for leave to file the confidential memorandum under seal. In that ruling, the court wrote that, “[t]he document is ten years old and does not contain any apparent trade secrets or underlying data, such as chemical formulas or manufacturing processes.”

The court denied Scotts’s motion, finding that the complaint adequately pleaded a claim for relief for trade secrets misappropriation. The court reconciled this conclusion with its earlier ruling as follows:

The fact that the court concluded that the memorandum no longer appears to contain trade secrets does not mean that some of the information it contains was not a trade secret in 2002 and thereafter when Scotts is alleged to have misappropriated the information set forth for its own advantage.

The court also explained that it “does not expect the complaint to provide conclusive evidence that the information does constitute a trade secret, which cannot be decided in a factual vacuum.” Instead, “[t]he purpose of the complaint is to give the defendant notice of the claim,” a goal which Ecap’s complaint achieved.