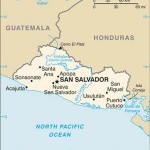 A commission of El Salvador’s national Legislative Assembly has been conducting a wide-ranging consultation of various stakeholders in connection with the proposed ratification of the Nagoya Protocol on Access to Genetic Resources and the Fair and Equitable Sharing of Benefits Arising from their Utilization. The public record created by this consultation illustrates some of the issues at stake–as well as the anxiety caused by uncertainties about the practical effects of the Protocol–for less developed countries considering ratification of the agreement. After introducing the background to the Protocol, this article reviews some of the concerns, statements, and opinions expressed in the Salvadoran consultation.

Control of Genetic Resources Prior to the Convention on Biological Diversity. The Nagoya Protocol is a supplementary agreement to the Convention on Biological Diversity (CBD)–a landmark international treaty devoted in significant part to legal and political issues affecting genetic resources. Prior to the CBD, many countries took the position that the diverse genetic resources situated throughout the world were part of the “common heritage of mankind,” and thus could be exploited for commercial purposes without the prior consent of the governments of the nations in which those resources were found, and without sharing the benefits of that exploitation. 1 The international agricultural and medical research establishment viewed the relative ease with which genetic materials could be transferred as positive and essential to scientific progress. However, critics in developing countries pointed out that patent and plant breeders’ rights laws enabled inventors to obtain exclusive rights over innovations relating to plants and other living things without providing compensation to the nations from which the raw materials were obtained. There was also no requirement to compensate indigenous communities whose ancestral knowledge and cultivation practices may have laid the foundation for commercially successful products. Compounding the sense of injustice, members of those communities had to pay the same enhanced prices for the resulting products as everyone else, even though their efforts (and those of their ancestors) made the innovations possible.

The Convention on Biological Diversity. The CBD definitively reversed the “common heritage of mankind” concept of genetic resources. Among other things, Article 3 of the CBD (which entered into force on December 29, 1993, and now has 193 signatory countries, notably not including the United States) established as a matter of international law that–

States have … the sovereign right to exploit their own resources pursuant to their own environmental policies, and the responsibility to ensure that activities within their jurisdiction or control do not cause damage to the environment of other States or of areas beyond the limits of national jurisdiction. 2

Based upon this foundational principle, Article 15.1 of the CBD further provides that “the authority to determine access to genetic resources rests with the national governments and is subject to national legislation.” 3 Access to such genetic resources is “subject to prior informed consent” of the nation where the resources are found, and “shall be on mutually agreed terms,” which generally must include provisions for sharing the benefits of commercialization. 4 Each party to the CBD commits to take legal or regulatory measures “with the aim of sharing in a fair and equitable way the results of research and development and the benefits arising from the commercial and other utilization of genetic resources with the [nation] providing such resources.” 5 In addition, subject to domestic legislation, each CBD signatory state agrees “to respect, preserve and maintain knowledge, innovations and practices of indigenous and local communities embodying traditional lifestyles relevant for the conservation and sustainable use of biological diversity … and encourage the equitable sharing of the benefits arising from the utilization of such knowledge, innovations and practices.” 6

The Post-CBD Landscape. Although one of the primary aims of the CBD is the fair and equitable sharing of benefits arising from the use of genetic resources, the CBD itself provides little in the way of authoritative guidance regarding how this aim should be accomplished. Nor does the text of the CBD afford any direct protection of traditional knowledge associated with genetic resources. Moreover, the treaty lacks a specific mechanism to facilitate access to genetic resources–an omission that critics have described as “disastrous” for science, because many nations rapidly asserted sovereignty over genetic resources but failed to establish effective procedures for approval of applications to access those resources. 7 In much of the world, the effect was dramatically to restrict in situ collection and transboundary shipments of genetic materials necessary for both commercial and non-commercial research. 8

What the Nagoya Protocol Does. A primary purpose of the Nagoya Protocol is to establish “a strong basis for greater legal certainty and transparency for both providers and users of genetic resources.” 12 To this end, the Protocol declares generally that access to genetic resources must be obtained on the basis of prior informed consent (unless the provider country chooses to forego this requirement) and mutually agreed terms, with fair and equitable sharing of benefits, while taking into account the role of traditional knowledge. 13 The agreement also contains specific requirements for signatory states to enact legislation or administrative regulations on a variety of related subjects. For example, countries that choose to require prior informed consent as a condition of access to genetic resources must establish clear, “fair, and non-arbitrary rules and procedures” for obtaining access. 14 The Protocol also directs signatory states, “[i]n accordance with domestic law,” to “take measures … with the aim of ensuring that the prior informed consent or approval and involvement of indigenous  and local communities is obtained for access to genetic resources where they have the established right to grant access to such resources.” 15 Article 15 of the Protocol mandates signatory states to designate national focal points and competent national authorities to administer the access and benefit sharing regime. 16 Other provisions impose requirements for member countries to consider  creating a global multilateral benefit sharing mechanism for genetic resources, 17 to monitor the utilization of genetic resources in their territory, 18 and to cooperate in capacity building. 19 Most provisions of the Protocol are directed only to the signatory states and do not apply directly to individuals, corporations, or other private actors. Because it is largely non-self-executing, member countries must implement the Protocol through domestic legislation.

Pros and Cons. Supporters of the Protocol see it as a means by which nations that are rich in genetic resources but financially less well off than others may share in the economic benefits from commercialization of those resources. Backers of the Protocol also believe that it will stimulate greater investment in developing countries, promote the conservation of genetic resources, and will remove obstacles to the regulated collection and exchange of biological materials in the interest of scientific research. Some critics oppose the Protocol, however, arguing among other things that it encourages a false sense of security for countries rich in genetic resources. The Protocol itself, they observe, provides little direct protection for such resources. For example, although the agreement provides for the protection of the “established rights” of indigenous communities over certain genetic resources, under the domestic laws of most countries, indigenous communities have no such “established rights.” Another oft-repeated concern is that the entry into force of the Nagoya Protocol will lead to massive appropriation by developed country businesses of the genetic resources of underdeveloped countries. According to this criticism, countries such as El Salvador, where domestic regulation of genetic resources is weak-to-nonexistent, are particularly vulnerable.

El Salvador’s Consideration of the Nagoya Protocol. El Salvador became a signatory to the Nagoya Protocol on February 1, 2012. The Ministry of Foreign Relations submitted the Protocol to the Legislative Assembly for ratification last month. 20  In response to the ratification proposal, the Legislative Assembly’s Commission on Foreign Affairs, Central American Integration, and Salvadorans Abroad has been holding meetings with representatives of key government ministries, government-sponsored research institutes such as the National Center for Agricultural and Forestry Research (CENTA), and non-governmental organizations to analyze the prospects for ratification of the Protocol. 21

Statements of Salvadoran Government Officials. If there has been a dominant theme in the Salvadoran congress’s consultations, it has been wariness–an overall concern about what ratification of the Protocol will really mean for El Salvador. Several government officials have questioned whether the Protocol by itself contains sufficient safeguards to prevent “indiscriminate exploitation” of the country’s  national resources. 22 Others find the text of the agreement so vague that it is impossible for legislators to predict the practical impact of the Protocol. For example–

NGO Responses. On August 27, the commission heard from a representative of the Salvadoran Ecological Union (UNES), who declared UNES’s opposition to ratification of the Protocol. 29 Similarly, Ricardo Navarro, president of CESTA, a Salvadoran affiliate of Friends of the Earth, criticized the Protocol as an incomplete document, negotiated at the last minute after a CBD Conference of the Parties dedicated to climate change. 30 Among other deficiencies, according to Navarro, the Protocol does not clearly establish procedures for resolution of controversies among the signatory states and thus could complicate the solution of commercial disputes.

Input from Research Institutions and Universities. Some of those consulted by the commission—including Carlos Ochoa, director of the National Council on Science and Technology (CONACYT)—supported ratification of the Protocol. Ochoa stated that the Protocol could be an effective means to promote scientific research and technology transfer. He suggested, however, that before the Protocol enters into force, legislators should consider defining “the mechanisms for negotiation, administration, and investment of funds that may be generated as a result of its application.” As the consultation continued last week, representatives of two major Salvadoran universities pronounced themselves in favor of ratification. 31 Nelson López Carrillo, speaking for the rector of the University of El Salvador, said that the Protocol would “make research effective” and “strengthen technology transfer.” 32 Nevertheless, he acknowledged deficiencies in the instrument, including its failure to guarantee that benefits will be generated, and the absence of control mechanisms applicable to biotechnology, genetic resources, and in situ research. Professor Salvador Solórzan, of the Central American University (UCA), opined that the Protocol could make available financial and intellectual resources, and would “strengthen [our] knowledge of our genetic diversity and place at the service of the people.” However, Professor Ernesto Selva Sútter, head of the UCA’s Department of Public Health, recommended to the commission that, before ratification of the Protocol, the Legislative Assembly should review the country’s free trade agreements. 33

If the Protocol is Ratified. Even if the Salvadoran Legislative Assembly ratifies the Nagoya Protocol in the near future, the international agreement will not enter into force until it has been ratified by 50 nations. As of the date of this writing, 92 countries have signed the protocol, but only five–Gabon, Jordan, Mexico, Rwanda, and Seychelles–have ratified it. 34 Many of the countries that have signed the Protocol, including El Salvador’s Central American neighbor Panama, 35 are also now in a similar pre-ratification posture, and are wrestling with the same concerns and arguments expressed in the Salvadoran Legislative Assembly.