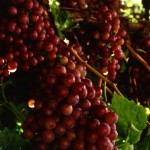 A three-judge appellate panel of the Western Cape High Court in South Africa held that a sublicense of plant breeders’ rights for several seedless grape varieties did not transfer to the licensee ownership of the tangible grape vines resulting from propagation pursuant to the sublicense. Voor-Groenberg Nursery CC v. Colors Fruit Company South Africa (Pty.) Ltd., Case No. A21/12 (Western Cape High Ct. Aug. 23, 2012). In reversing the trial court’s verdict in favor of the sublicensee, the appellate court concluded that the silence of the sublicense agreement regarding ownership of the materials was “a strong factor” indicating that the parties did not intend to transfer ownership. 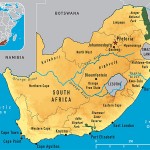 the Republic of South Africa first acceded to the International Convention for the Protection of New Varieties of Plants (the UPOV Convention), a treaty by which member countries agreed to provide a sui generis, patent-like form of intellectual property protection to new plant varieties that are distinct, uniform, and stable. 1 South Africa implemented the UPOV Convention by enacting the Plant Breeders’ Rights Act 1976 (Act no. 15). 2 The Act permits the breeder (generally the person who bred, or discovered and developed, the variety; or his assignee or employer) to apply to the Registrar of Plant Breeders’ Rights for a certificate of registration which, if granted, gives the breeder certain exclusive rights with regard to the variety for a limited period: 25 years in the case of vines and trees, and 20 years in all other cases. 3 Sections 23 and 23A of the Act provide that the following acts with regard to a protected variety infringe the breeder’s rights if they are done without a license from the certificate holder:

Last year, South Africa’s Department of Agriculture, Forestry, and Fisheries published for public comment a bill to amend the Act. 4 However, to date, the parliament has not enacted the bill.

THE PLANT BREEDERS’ RIGHTS LICENSE AND SUBLICENSE. As explained by the court, in the present case, Sheehan Genetics, a California-based developer and breeder of table grape varieties, granted to Antonio Munos y Cia S.A. (AMC) an exclusive license to test and conmmercially develop its seedless grape varieties. AMC entered into a sublicense with Colors Fruit South Africa (Pty) Ltd., which granted Colors certain rights to exploit the Sheehan varieties in South Africa and Namibia. Among other things, the sublicense agreement gave Colors the nonexclusive right to utilize Sheehan’s intellectual property rights in the grape varieties in the agreed-upon territory, as well as the exclusive right–

… to obtain from AMC … all propagating samples of all new vegetative material bred and/or developed by Sheehan Genetics and received by AMC from time to time, so that Colors Fruit may (i) test, plant, and cultivate them; (ii) obtain their products; and (iii) secure their statutory protection.

By its terms, the sublicense would terminate automatically upon termination of the “head license” between Sheehan Genetics and AMC.

SUBLICENSEE’S PROPAGATION OF NEW GRAPEVINES. Because Sheehan’s grape varieties are seedless, new grape vines are propagated by grafting buds from existing budstock—short lengths of donor vines containing approximately 10 buds each—onto a healthy vine base, known as a rootstock. In accordance with the head license,Sheehan provided AMC with budstock of its protected varieties. AMC, in turn, sent budstock samples to Colors in South Africa. Colors engaged a nursery known as Voor-Groenberg to propagate and multiply the materials received from AMC. Colors and Voor-Groenberg agreed that after the propagation process was completed, Colors would sell the resulting buds to Voor-Groenberg, which would graft the buds onto its own rootstock and sell the resulting vines to farmers. Voor-Groenberg would pay Colors a royalty of R1.00 for each vine it sold.

THE PARTIES’ DISPUTE. In 2011, AMC purported to terminate both the head license it had with Sheehan Genetics and the sublicense it had with Colors. Colors sued Sheehan Genetics, Voor-Groenberg, and related parties in the Western Cape High Court. Early in the court proceedings, Colors took the position that AMC’s purported termination was unjustified and legally null and void. Colors eventually dropped this argument but maintained that it was the owner of all of the Sheehan Genetics tangible plant material in Voor-Groenberg’s possession, and thus Colors had the right to dispose of that material as it pleased. Colors based its argument for ownership of the material on the fact that the sublicense from AMC did not explicitly reserve ownership of the material, and on Section 23(6) of the Plant Breeders’ Rights Act.

EFFECT OF SILENCE OF SUBLICENSE REGARDING OWNERSHIP OF MATERIALS. The appellate court explained that, under South African law, all that is required to transfer ownership of movable property is “delivery(actual or constructive) coupled with an intention to pass and receive ownership.” The language of the sublicense between AMC and Colors, the court wrote, was highly relevant in determining the parties’ intentions with regard to who owned the tangible grape vine materials. Colors pointed out that a license agreement entered into between Sheehan Genetics and Voor-Groenberg after the Colors sublicense was terminated specifically provided that “all Sheehan Cultivars and Planting Material shall at all times remain the property of the licensor.” Colors argued that the absence of such a clause in its own sublicense from AMC reflected the parties’ recognition that “in order for [Colors] to enjoy the rights to exploit the plant materials, there would be no other option but to effect the transfer of ownership in the plant materials from [Sheehan Genetics] to Colors.” The court rejected this contention, reasoning that the omission of a reservation of ownership clause was “equally consistent with a finding that the parties did not regard it as necessary to include such a clause in their agreement,” as there was no implication that title to the materials would pass to the licensee absent such a reservation. The reason why Sheehan Genetics and Voor-Groenberg included the reservation of ownership clause was likely due “to an abundance of caution (or a ‘belts and braces’ approach) on the part of Sheehan Genetics, flowing from its experience in this case.” “[W]here an agreement does not expressly provide for what is going to happen when some event occurs,” the court wrote, “the most usual inference … is that nothing is to happen.” For this reason, the court concluded that the absence of language in the sublicense dealing with the ownership of the plant materials was “a strong factor in favour of Sheehan Genetics and Voor-Groenberg.”

UNSIGNED DRAFT AGREEMENT  NOT CONTROLLING. The appeals panel held that the trial judge erred in relying upon an unsigned draft agreement between Voor-Groenberg and Colors, which purported to recognize Colors as the owner of the propagating material. The court observed that the unsigned document was merely a preliminary draft to which Sheehan Genetics was not a party. Based upon the evidence, “Voor-Groenberg’s purported acknowledgment of Colors’s ownership was simply wrong in law and could not alter or affect the legal positions under the head license and the sublicense regarding ownership of Sheehan Genetics.”

EVIDENCE OF INDUSTRY CUSTOM REGARDING OWNERSHIP OF MATERIALS. The appellate panel found persuasive expert testimony provided by a representative of the South African Plant Improvement Organization Trust, who stated that–

[T]he industry norms appear to be that ownership of buds and budwood remains with the owner of the plant breeders’ rights, irrespective of whether such vegetative materials are in possession of the licensor, licensee, or a sublicensee. Ownership of the vegetative materials, in my experience, does not pass to licensee or a sublicensee when such materials leave the hands of the licensor.

SECTION 23(6) OF THE PLANT BREEDERS’ RIGHTS ACT. The  court also rejected Colors’s final argument–that it was entitled to possess and exploit the plant materials in accordance with Section 23(6) of the Plant Breeders’ Rights Act. Section 23(6) provides that “a person who procured any propagating material of a variety in a legitimate manner shall not infringe the plant breeder’s right in respect of the variety if he or she” engages in certain activities, including:

The court first opined that Section 23(6) of the Act was inapplicable, because it “refers to persons who perform certain infringing acts without a license obtained from the plant breeder.” Because Colors obtained the propagating material “pursuant to a valid license,” it could not invoke Section 23(6). Second, the court observed that the statutory provision “provides a defense–not a cause of action,” and concluded that it “is meant to be utilised as a shield, not as a sword.” For these reasons, the court held that Section 23(6) could not serve as a basis to compel another party, such as Voor-Groenberg, to transfer possession of plant materials to one claiming to own the materials.

COMMENTARY. This case illustrates the importance, in licenses of intellectual property, of explicitly addressing the ownership of both the intangible intellectual property rights and any tangible material in which the intellectual asset may be embodied. This can be a particularly critical point in the case of biological materials that are self-replicating. In addition, the court’s brief discussion of Section 23(6) of South Africa’s Plant Breeders’ Rights Act demonstrates the major exceptions to the rights of breeders under plant breeders’ rights regimes modeled on the UPOV Convention. 7