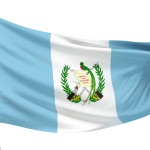 In demonstrations today in Guatemala City, Guatemala, public officials and thousands of residents of indigenous communities demanded that the national legislature repeal the recently-enacted Plant Variety Rights Law. See Diputados se comprometen a derogar Ley Monsanto, Prensa Libre (2 Sept. 2014).. Although some members of congress opined publicly that passage of the legislation had been a mistake, lawmakers failed to reach the quorum necessary to reconsider the new law. Apparently many legislators were impeded from reaching the Congress because opponents of the law also blocked portions of the Pan-American Highway as part of their demonstration. Pobladores bloquean ruta para exigir derogación de Ley Monsanto, Prensa Libre (2 Sept. 2014). Late in the afternoon, Arístides Crespo, president of the Congreso de la República, promised to convene lawmakers tomorrow afternoon to consider repealing the law.

Today the international network of Internet “hacktivists” claimed that, in support of the protest against what critics call the “Monsanto law,” it had shut down the official websites of Guatemala’s agriculture ministry, its constitutional court, and the national civilian police. Anonymous Guatemala se atribuye ataques a páginas oficiales, Prensa Libre (2 Sept. 2014).

In enacting the Plant Variety Rights Law earlier this year, Guatemala was following through on a commitment it made nine years ago in the Dominican Republic-Central America-United States Free Trade Agreement, to ratify or accede to the International Convention for the Protection of New Varieties of Plants (1991) (UPOV Convention 1991). The UPOV Convention establishes an international framework in which member states agree to grant patent-like rights to persons who breed new varieties of plants that are distinct, uniform, and stable. The Plant Variety Rights Law was scheduled to enter into effect later this month. However, on August 26, 2014, the Guatemalan Constitutional Court temporarily suspended the law’s effective date while it considers a constitutional challenge brought by a group of labor unions and farmers. See Expediente 3952-2014 (28-Ago-2014).