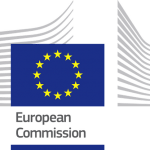 GENETIC RESOURCES UNDER THE CBD. The Nagoya Protocol is a supplementary agreement to the 1992 Convention on Biological Diversity (CBD). 1 Article 3 of the CBD established that nations possess “the sovereign right to exploit their own resources pursuant to their own environmental policies, and the responsibility to ensure that activities within their jurisdiction or control do not cause damage to the environment of other States or of areas beyond the limits of national jurisdiction.” 2 CBD Article 15 provided that in the exercise of such sovereignty, a country may require those who seek access to genetic materials within its territory to obtain the informed consent of the relevant authorities prior to gaining such access. 3 The CBD acknowledged the value of traditional knowledge of indigenous peoples regarding the use of genetic resources and envisioned that benefits from the exploitation of such resources would be shared equitably with the nations and communities whose contributions aided in the commercial success of products derived from genetic resources. 4

Each CBD signatory nation agreed to “endeavour to create conditions to facilitate access to genetic resources for environmentally sound uses by other Contracting Parties and not to impose restrictions that run counter to” the Convention’s objectives. 5 Nevertheless, most of them did not put into place effective measures to allow access to those resources in appropriate cases. As a result, international transfers of genetic resources needed for important scientific research declined dramatically in the years following adoption of the CBD. 6

THE NAGOYA PROTOCOL. The parties to the CBD adopted the Nagoya Protocol in 2010 to provide greater legal certainty regarding the CBD’s access and benefit sharing principles. The Protocol purports to remove unnecessary obstacles to legitimate bioprospecting while giving member states effective tools to protect their sovereign rights against unlawful biopiracy and to share in the benefits of exploitation of their resources. 7 92 countries (including the European Union and 26 member states) have signed the Nagoya Protocol, but to date, only six countries–Gabon, Jordan, the Lao People’s Democratic Republic, Mexico, Rwanda, and Seychelles–have ratified it.

THE COMMISSION PROPOSAL. The Commission’s proposal calls for the European Council and Parliament to adopt a regulation that would become directly effective throughout the European Union. A central purpose of the regulation would be “to secure access of EU researchers and companies to quality samples of genetic resources based on reliable access decisions at low transaction costs.”

The proposal contains a draft regulation with the following features:

Users would be required to maintain such information for a period of 20 years following the end of the period of use. They would also be mandated to declare at identified points that they complied with their due diligence obligation.