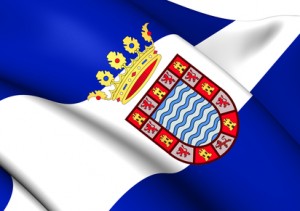 On July 10, 2014, a criminal court in southwestern Spain sentenced a grower of carnation flowers to three months in prison, plus a fine of € 360 EUR, for infringing plant variety rights in violation of Article 274.3 of the Spanish Penal Code. Sentencia No. 271/14 (Juzgado de lo Penal nº 1 de Jerez de la Frontera 10 Jul. 2014). The court, situated in Jerez de la Frontera, in the Province of Cádiz, Andalusia, ruled that the defendant had improperly acquired propagating material of the carnation varieties denominated WESTDIAMOND, HILOPTA, and HILQUEEN. Those varieties are protected under the European Union’s Community Plant Variety Rights legislation, which grants the breeders of novel plant varieties certain exclusive rights regarding the reproduction, commercialization, and distribution of propagating material of the varieties. 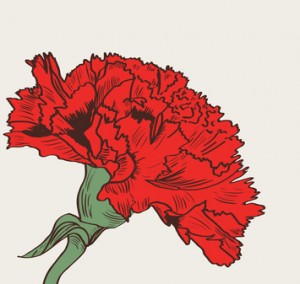 Acting upon information provided by Geslive, a plant breeders’ rights owners association, police searched the defendant’s greenhouses in 2006 and determined that he had been growing progeny plants of the protected varieties without authorization from the variety owner. The police discovered 200 square meters of HILTOPA plants and 2,400 square meters of carnations of the HILQUEEN variety. The exact quantity of WESTDIAMOND variety carnations could not be determined because the plants had either been removed from production or relocated to a different greenhouse.

Article 274.3 of the Spanish Penal Code provides for criminal punishment of up to six months’ imprisonment for certain violations of the rights of registered plant variety owners. News articles report that in the summer of 2014, a court in the city of Granada sentenced the manager of a seed company from Alpujarra to a six-month prison term for plant variety rights infringement. See Rafa Villegas, La Justicia castiga con 6 meses de cárcel a un empresario por reproducir judías protegidas, Frutas y Hortalizas de Almería (Jul. 2014) at 8. These cases follow a trend of recent years in which courts have meted out a number of prison sentences under article 274.3. See In Spain, Plant Breeders’ Rights Criminal Cases Draw Fines, Jail Terms, Acquittal, SullivanLawNet (Oct. 8, 2012); In Spain, Yet Another Jail Sentence For Plant Variety Rights Infringement, SullivanLawNet (Oct. 11, 2012).